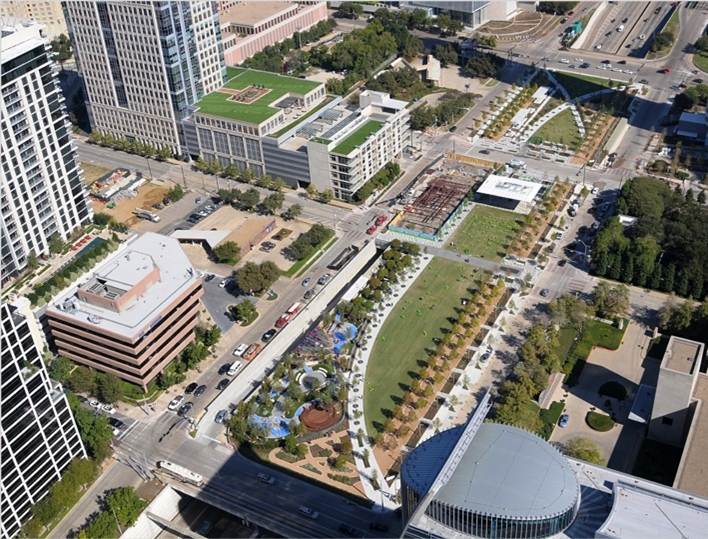 Downtown Dallas is the core of the City of Dallas, and has seen the creation of several new signature parks in the past decade that have transformed downtown.


In 2013 the Dallas Park Board approved the Downtown Park Master Plan Update. This plan provided guidance for the expansion of park space in downtown Dallas from 52 to 87 acres with a total of 7 new parks. Six of those parks have been completed and the last one will be completed by 2023.

The last of the newly developed downtown parks to be completed will be Harwood Park near the Farmers Market (2023 completion date).